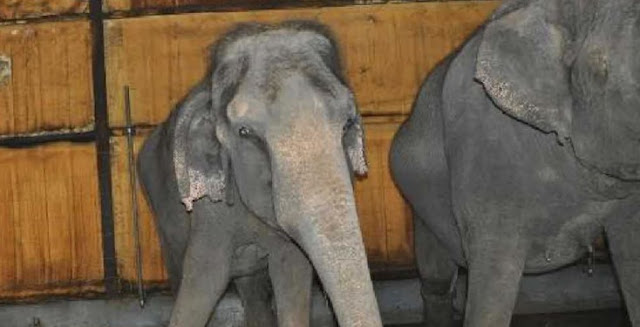 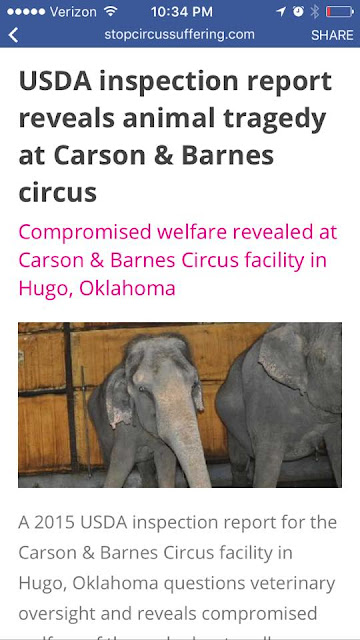 "A 2015 USDA inspection report for the Carson & Barnes Circus facility in Hugo, Oklahoma questions veterinary oversight and reveals compromised welfare of three elephants, a llama, and a pygmy hippo. One elephant and the hippo are now dead.

Nina was photographed during the inspection chained in the barn (above – photo obtained from January 5, 2015 USDA Inspection Report). The circus called Nina a “beloved family member,” but the troubling report reveals a different story. The USDA inspector described Nina as “thin” since 2013 and “emaciated” since losing 500 pounds in the past 7-8 months, 8.7% of her body weight. Nina died four months later in May.

A pygmy hippo named Katie also died while in Carson & Barnes care. The 2015 report questioning veterinary oversight and documentation at the facility noted Katie had also been “losing weight and not doing well while traveling for exhibition” in May 2014, but found no records to show treatment was given. Katie was “found dead” 6 months later.

The report also describes Bandit, a llama, having such “excessively overgrown hooves” that his toes curved to the side; a condition the inspector noted “can lead to chronic problems in the feet and legs.”

The report questions certain unprescribed, unapproved treatment given 2 elderly elephants – Opal and Rosie – by a person neither accredited nor trained by vets to perform it. 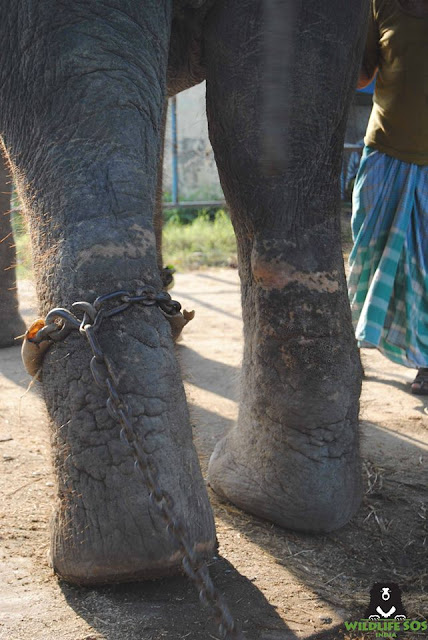 Prior ADI investigations include undercover video of Carson & Barnes elephants being hit with bullhooks and shocked with stun guns. It also reveals Isa the elephant giving children rides days after she aggressively attacked her trainer and another elephant. See ADI’s Out of Control video here."


"We'll Never Forget the Cries of Becky the Elephant as Tim Frisco screamed "sink that f* hook in 'em"!"

We offer a free copy of Pit Bull Nation to every rescuer! We believe every dog can be saved!

Posted by Pit Bulls and Other Animals at 12:35 PM No comments:

Saving Carson Shelter Dogs Facebook page is advocating to save this boy and his brother, Presley:

Honestly CHOPPER is having a very difficult time in the Shelter. His brother is handling things better but CHOPPER is completely shut down and if he isn't asleep, he is trembling with fear and he won't even look at you. The trembling speeds up if you call out his name, even in a loving whisper..This is too much for him and the brothers need your help today! Please SHARE, they are Urgent and they need help now. A FOSTER or Adopter would save them together. Thanks!

My former family who owned me for had to give me up because they couldn't afford the care I need.

We offer a free copy of Pit Bull Nation to every rescuer! We believe every dog can be saved!
Posted by Pit Bulls and Other Animals at 12:17 PM No comments: