The Sashas and Rescue Gone Wrong

Yesterday, I got a fabulous photo of Sasha, adopted by Adena and Matt, my old neighbors. Even though Reunion Rescue didn't have a Halloween contest, Sasha is hereby awarded first prize. 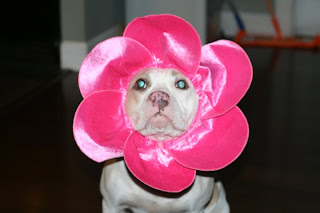 And today, I receive a plea for a wonderful girl...another Sasha. This Sasha has had everything bad in her life...ears cut off and when she refused to fight, abandoned. This girl just wants to lay in your lap and eat cookies.
This Sasha is in Washington State near Bainbridge Island outside Seattle. There are so many mistreated dogs, abandoned and abused right now. With all of the world's progress, it seems like we are going backwards in regards to animals.
While I'm over here on the downside, I'll share a bit of sad news about one of our own. Years ago, when Reunion Rescue was just getting started, I met a wonderful group of people in Berkeley, CA who had also formed a rescue dedicated to helping the cats and dogs no one else wanted.
Astrid, Judy and I had a lot in common. We would save those ones about to be euthanized for all kinds of reasons. The ones who were automatically placed on the kill list for illness, we would grab and board with our good friend, Kay of Noah's Friends Animal Sanctuary outside Fresno. The four of us became close over the years as many animals brought us together time and again. In our world, the true animal lovers become close and stay close.
The group Judy and Astrid founded has been taken over by some corporate types. They are no longer saving the old, the tired and the sick ones. In fact, they farmed out the sanctuary animals Astrid has provided a safe place for, two dying in the transition. Astrid and the animals she's managed to keep will be leaving the home she's lived in for a decade, forced to leave the state. This new version of rescue is evicting their founder...along with the animals they've been collecting big $$$ donations for over the years.
Performing a simple charity check from the Guidestar site, rescue has become big business with some groups like this one taking in several hundred thousand dollars a year!
On days like today, you just have to hope for a better day.
Posted by Pit Bulls and Other Animals at 2:47 PM No comments: 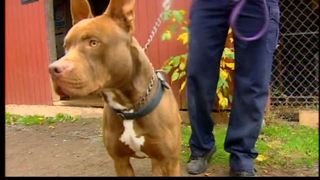 With all of the bad news coming across my computer screen every day, I am thrilled when I see a story like the one about Hartford, Connecticut. Not too often do you see a community, a shelter and the media working together to save lives and especially not pit bull lives. If only more people would take a page from this city's book and help their local animal care facility.

Too often, the shelters think the dogs and cats are property of that facility and treat the public like an unwanted intruder. I know firsthand how that feels. I have spent years dealing with shelters who do not and will not work with rescues and the public. I have answered many a call from a concerned citizen who took a stray pit bull to the local pound for lack of anywhere else to go. There are no resources for these dogs. So frequently, the caller is upset because they've been told the dog is out of time and failed his/her temperament test. I will hear time after time, "The dog was so friendly and gentle. He played with my dog and let me pick him up."

I'm not saying that these shelters are wrong about every dog, but landsakes, there couldn't be that many vicious dogs in population. In my book, Pit Bull Nation, I talk about the number of dogs who fail temperament tests in these shelters. If that many dogs are that vicious, you would need to quarantine the entire city.

I am happy today for these dogs and the town that saved them.
Posted by Pit Bulls and Other Animals at 12:37 PM No comments: