Today, I had the unique opportunity to meet yet another pit bull hater. She applied to adopt Mabel, one of the Animals First dogs, not a pit bull, but a shar pei. I mentioned that Mabel had been adopted, but we had several other wonderful dogs. 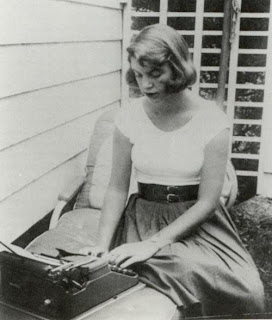 When she found out they were pit mixes, didn't matter that basset, ridgeback and cattle dog made up the rest. No pits, she said.

Well, I've matured...a little bit. But, today was a long day and I've been fighting the battle all day trying to save two dogs who've been butchered and were noosed to a chain link fence in the Houston heat. She came back at me a couple of times and finally told me she was going to report me to the 'site'. I answered back, 'please do!' That way you can get rid of all the people like me, then all the pit bulls can die and nice people will be safe again.

I'm so sick of the whole anti pit thing. Bottom line, it's the media. Even the Examiner which I'm lucky enough to write the American Pit Bull articles for has its share of pit haters.

Today, I ran across an article about rehabbed pit bulls killing children. There has not been one case of a former fighting dog killing a child. Period. I would have been the first to hear about it.

The White Goddess is a piece by Robert Graves. The book length essay draws on links between poetry, mythology and the worship of the Goddess. It's become a source of inspiration for other writers, poets, students to draw upon the body of his work. Rather than 'stealing', these writers more or less contributed to a process which I call the White Goddess.

It's my understanding that other writers such as Sylvia Plath and Ted Hughes built their work in a sort of tribute. It was as if there was the White Goddess and the work of each poet, each writer adds to the greater work as if laying paint on a great tree in the forest.

That is what I'm doing with my pit bull articles. I cannot undo the horror committed against these dogs through the media. That would be quite impossible. What I can do is write an article or two each day and in my own method, create a new reality or restoration of these dogs to their deserved place on this earth.

For every bad and badly written article, such as the one about rehabbed dogs killing children, I can write about a wronged dog who ended up in a shelter. I can write about Lady, the beautiful red nose/cattle dog  boxer mix whose owner called animal control to pick up Lady and the two strays playing under her house. Lady was killed yesterday.

For every article I read about how horrible pit bulls are, oftentimes capitalized or written as one word, I can write a good article. Bottom line, there are hundreds of thousands of good stories to counter the bad ones. I will never run out of subject matter.

I'm not saying my writing is in the same league as Plath or Graves, but I am diligent. Ain't no accident I rescue pit bulls.

Someday, the odds will win out. If I keep writing my little articles, sooner or later others will become attracted and the tides might even turn. That is my thought and my hope, my White Goddess.

Live Chat Software
Posted by Pit Bulls and Other Animals at 5:20 PM No comments:

I sometimes wish I was a blogger rescue instead of a rescue rescue. I wish I had a big air conditioned facility to sit and blog from instead of seeing millions of dying pit bulls and other animals cross my screen every minute of every day.

I just wrote a check to cover the dogs in boarding and had two fixed last week. This pretty much bottomed out Reunion Rescue's financial standing. It's really hard to see the dogs' faces that I cannot help. I can and do write articles about the ones about to be euthanized, but there are so many. We are living in an insane time.

I get so overwhelmed as do others in rescue work. It certainly draws a line between those of us doing the work and those of us doing the 'educating'. Whenever I hear of a supposed pit bull rescue group who specializes in 'education' and 'outreach', I want to throw up. Everything I learned about pit bulls, I pretty much learned from the dogs. That is how you learn. You go to the shelter and you pull a dang dog. Period.

You don't learn from reading a blog or a magazine. It's nice that there are so many people writing about the dogs, but have they checked the shelters lately? The shelters are FULL of dogs waiting to die. Please, rescues and outreachers, pull some dang dogs.

When things get a little too depressing, I am lucky to be surrounded by healthy happy animals like Del.

Del taking a bath puts things into perspective and me back in a calmer happier frame of mind.

Sometimes we can't change the entire world, but we can change our own little world. Del was eleven when he came to live with us.

He was a purchased bird when a baby like so many. Del is a caique and the lady bought him for her daughter. Caiques are unusual birds, do not speak and not the pet one would first consider for a child.

Del bit the little girl and the lady took him to the pound.

He wound up with Mickaboo Rescue, a wonderful exotic bird rescue in northern California. He was adopted by a wonderful lady who had Del for a number of years and relocated in Texas. I got a call from Mickaboo about Del a few years ago. The lady had lost her home and her marriage was dissolving. She'd contacted Mickaboo about Del.

Mickaboo had transported a white parakeet to me from San Francisco a while back. That bird, Alamo, had wound up at San Francisco Animal Care and Control, a high kill shelter which caters to that affluent real estate. When Mickaboo retrieved Alamo, she weighed only 2 grams and was covered in scaly mites.


They remembered me and contacted me about Del. One thing led to another and Del came to live with us. He tolerates me, but loves Scott. He will let Scott do anything to him. Before we got him, Allison of Australia did an animal communication on Del and he was scared. He'd been let down so many times and was unsure about moving here with us. He was willing to give it a try.
I sent a You Tube of Tom Petty singing Running Down a Dream and we were off and running. When Del heard the song, he started singing and came alive. I believe he knew things were going to be alright. Like the song says,


"it was a beautiful day, sun beat down...
I had the radio on, I was drivin...
trees went by, me and Del were singing
little Runaway..I was flyin"
Allison's communication mentioned Del likes lots of fresh fruit. That was certainly true. Sometimes, I think Del would rather eat fruit than the homemade mash I serve the birds twice a day with organic fresh seeds, nuts, veggies and fruits along with homegrown sprouts and other goodies. Once, I tried to mix his fruit into the mash and he went on a hunger strike for a minute.

It makes me happy to try and make Del and the others happy. Like I said, I can't save the world, although for $16,000 I raised last year, I was able to save a lot. When I see the figures of some of these big shot rescues in the 6, 7 and 8 digits, I have to wonder where are the animals they are saving? You sure don't see their names in the daily multitudes of emails and Facebook posts for animals dying across the nation in shelters.

Live Chat Software
Posted by Pit Bulls and Other Animals at 12:00 PM No comments: