Dog to be shot in Oklahoma 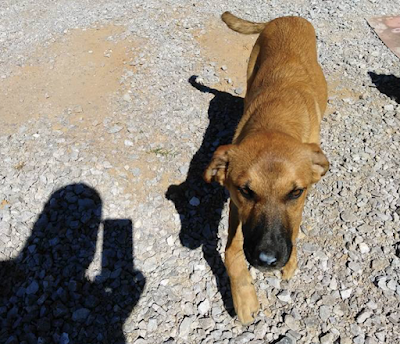 This is urgent, folks. Marietta, Oklahoma...transport available to Texas for anyone who will save this pup! Very sweet dog! Info below. Please someone.. Help.


My friend's boss is ordering him to shoot a dog that is on their company property. The dog is apparently very sweet, and my friend is begging for someone to help the dog before something happens to her. I believe this is in southern OK, and the area is not exactly enlightened when it comes to animals nor do the shelters get much public attention. Basically, she seems to have a death sentence whichever way you look at it where she is now. .

I'm quite sure I could transport her if there is someone who could help.

Contact:
murkypon@yahoo.com
Posted by Pit Bulls and Other Animals at 7:58 AM No comments:

Odin...the story of a champion 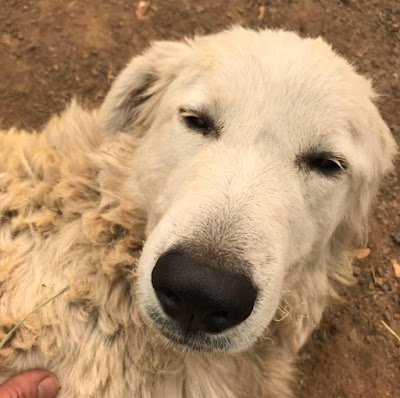 Roland Tembo Hendel is one of so many who have lost their homes and much else during the northern California fires. This is Odin, his Great Pyrenees and this is his story.

“Even now as I write this, I am crying tears of gratitude and awe at (my dog’s) bravery and devotion." 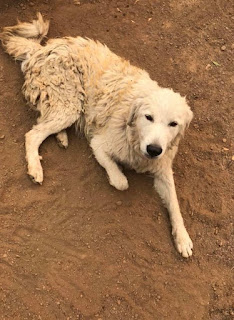 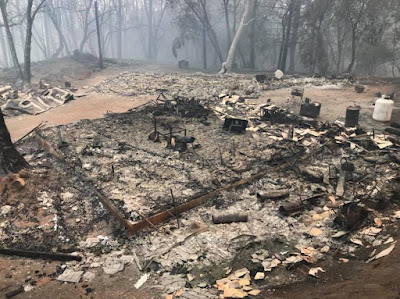 Despite the fire, he never left the goats he was in charge of.

Here’s what Roland Tembo Hendel wrote about his dog:

As many of you know, Ariel, Scott, Stephen, and I lost everything we had in the Tubbs fire that devastated our forest home in Sonoma County earlier this week.

We had minutes to load up the animals and run from the advancing firestorm.

Despite the sounds of exploding propane tanks, twisting metal, and the hot swirling winds, Odin refused to leave our family of 8 bottle-fed rescue goats.

Hours later when we had found relative safety we cried for Odin and our goats. 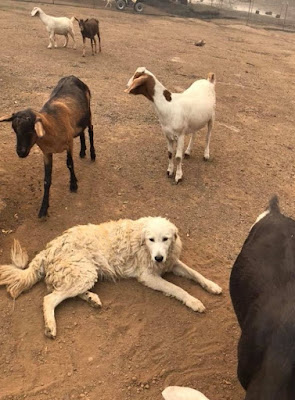 I was sure I had sentenced them to a horrific and agonizing death.

Days later, when we were able to make it back to the property, we found a burned, battered, and weakened Odin, surrounded by his 8 goats, and several small deer who had come to him for protection and safety.

Odin was weak, and limping, his once thick and beautiful coat singed orange, his whiskers melted.

Since then, Odin has been reunited with his sister Tessa.

He appears to be getting stronger, and his sister's presence will surely help to lift his spirits and take some of the burden off his giant shoulders.

Also the wonderful volunteers at Sonoma County Fairgrounds gave Odin a check-up and said he is in remarkable health given what he’s been through.

He was limping and lying down more often than usual because his poor paw-pads are burned.

But he will make a full recovery.
Tomorrow he gets a shampoo, a grooming, and nice steak.

And with that, we are going to enjoy a pizza and a beer and a good night’s rest.

Thank you all for your thoughts and prayers and for sticking with us through this roller-coaster ride.

What an an amazing Dog! 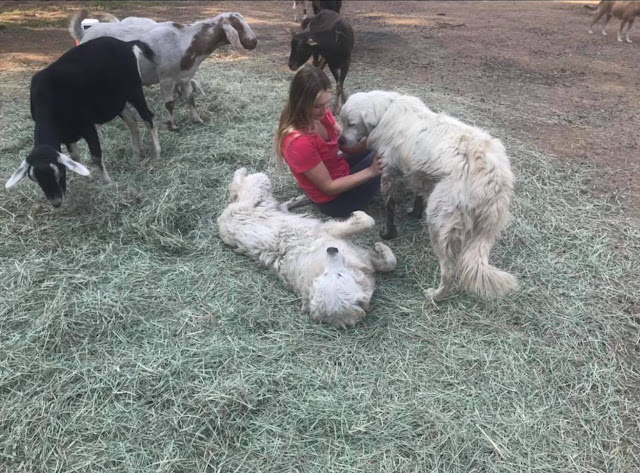 Posted by Pit Bulls and Other Animals at 7:23 AM No comments: