This adorable 8 year old 'pocket pittie' is the latest dog who has been condemned to die by Peninsula Humane Society. She was saved from being destroyed by the multi-million dollar facility which acts as the county dog pound and takes its job seriously when it comes to euthanizing. 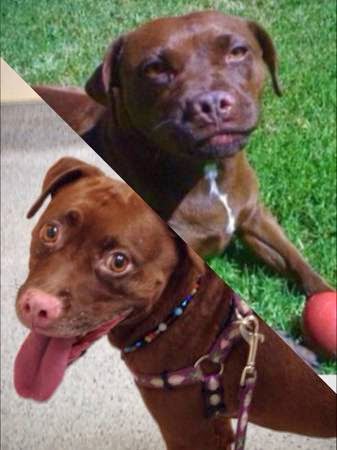 This is Molly. She's an 8 year old, 30 pound, pit bull pug mix. She's has a sweet disposition and aims to please. She is currently in a foster home but will be returned to the shelter if she doesn't find a home within the week where she will be euthanized. ~PLEASE~ if you or someone you know would like gorgeous sweet well behaved dog contact me A.S.A.P.

A little more about her: she is originally from Oahu. She's been on the mainland for less than a year. Her owner had her shipped here without having a stable home for herself. The owner couch surfs and can not find an affordable home that allows dogs so she dropped her off at the Burlingame SPCA. Molly does not like little dogs or cats and shows aggressive behavior because of this the SPCA has deemed her unfit to adopt and wanted to put her down. I, the foster, picked her up last minute and am having her professionally trained. 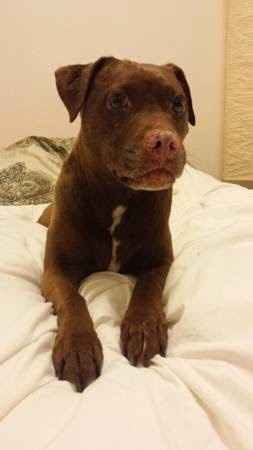 She can now be leashed around small dogs without snapping but I would NOT recommend a home for her with small animals. She is great with big dogs or dogs her size and shines around kids and people!! She is not hyper but loves walks. She loves being around people but loves to sleep for hours on end.

She is up on all her shots, has never been sick, and has a clean record. She does have some pain in her joints from arthritis and it's something she's always experienced. She is house trained and can "hold it" all day, she knows all her basic commands: sit, down, stay as well as few more. Another week in training and she will be extremely obedient.

What is happening at this huge facility which pays its director a half million a year and throws in a free million dollar Burlingame residence? Director Kenneth While blogs about loving animals, but each day we hear about innocent dogs like Molly being euthanized at this gigantic San Mateo institution entitled "humane society." Did we not get the memo on the new definition for 'humane' or what?

Please share this story and keep an eye on Peninsula Humane Society and the poor animals who don't wind up in Kenneth White's blog but dead in a plastic bag.

http://www.examiner.com/article/woman-loses-home-and-pit-bull-killed-at-san-mateo-s-peninsula-humane-society
Posted by Pit Bulls and Other Animals at 10:26 AM No comments: 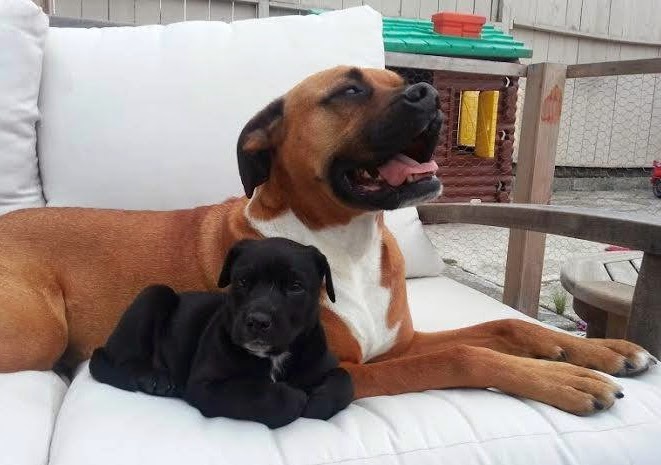 This hardworking teenager is the latest citizen to suffer Denver-style murder tactics by the Peninsula Humane Society in San Mateo, California. I've written multiple articles and stories about this high-kill facility which operates as the 'dog pound' for San Mateo County.

When a couple of local animal rescues saw the following post, they jumped into high gear to keep the high kill facility from killing two more family pets.

The young man was scared to death having been threatened by Peninsula Humane that his dogs were to be killed. He was so frightened, he posted the dogs on Craigslist as free in order to save their lives: 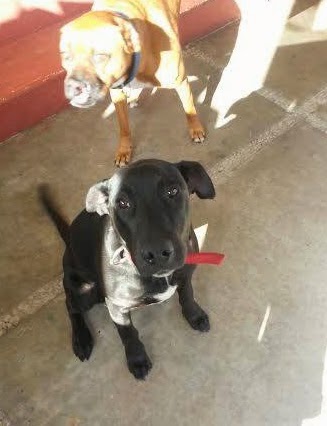 I could only pay the fee for my boxer to get out witch is $90 (im paying for)
but my biggest concern is that since they have been there for a while tthey want to charge me $150 just for my Doberman and if we don't nothing about it my 4-24-14 by 4:00 they will put her to sleep

but the final day would be at 4-24-14 at 4pm any later than that they will put her to sleep
the Doberman is less than a year old she doesn't like cats but she is very sweet to kids, and other dogs please reply as soon as possible 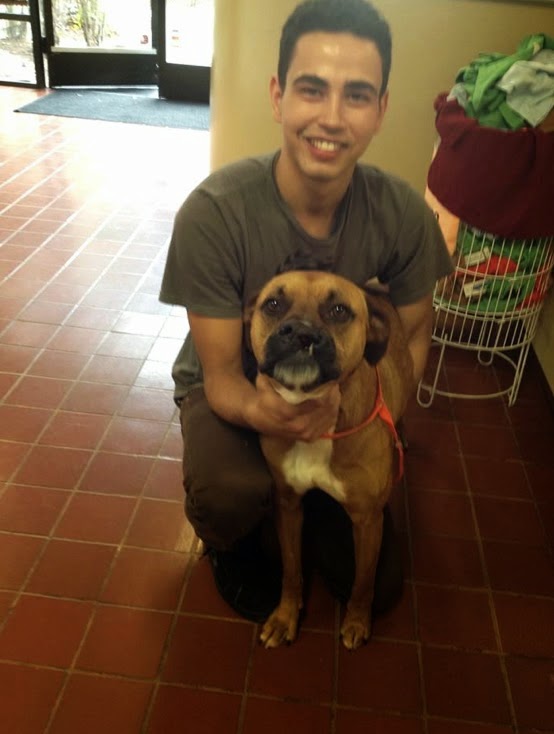 Literally working with only seconds to spare, the young man, a Brazilian teenager, had gone to the 'shelter' to say his goodbyes when local boxer rescuers saw his Craigslist post and kindly offered to pay the exorbitant fees to keep Peninsula Humane from killing these two family pets.

This young man was so grateful, he is working off the fees in his spare time as a local waiter. Wouldn't it be nice if all Americans with 9,000 dogs dying in shelters daily worked so hard to save our own pets?

And how about the director of the high kill Peninsula Humane Society pulling down a half million a year and living high on the hog in million dollar Burlingame digs? Wouldn't it be nice if some of those dollars could be spent trying to save a couple of lives for a change?

This story is heartwrenching and those who helped this young man had tears running down their faces to see someone who loves his pets so dearly and willing to do anything in his power to save them.

On a side note, a couple was overheard at a local market in San Mateo County recently discussing Peninsula Humane stormtrooping into their home and illegally seizing their two pet pit bulls for no reason. To redeem their pets, the couple had to pay $1500 dollars. What is going on in the Peninsula? Has Kory Nelson, the gestapo from Denver and responsible for over 4000 pet deaths moved in?

Thankfully, this young man's pets were spared if only in the nick of time. What about the others whose owners don't have the necessary funds to save when PHS slams the doors on their dogs?

http://www.examiner.com/article/woman-loses-home-and-pit-bull-killed-at-san-mateo-s-peninsula-humane-society
Posted by Pit Bulls and Other Animals at 2:32 PM No comments: