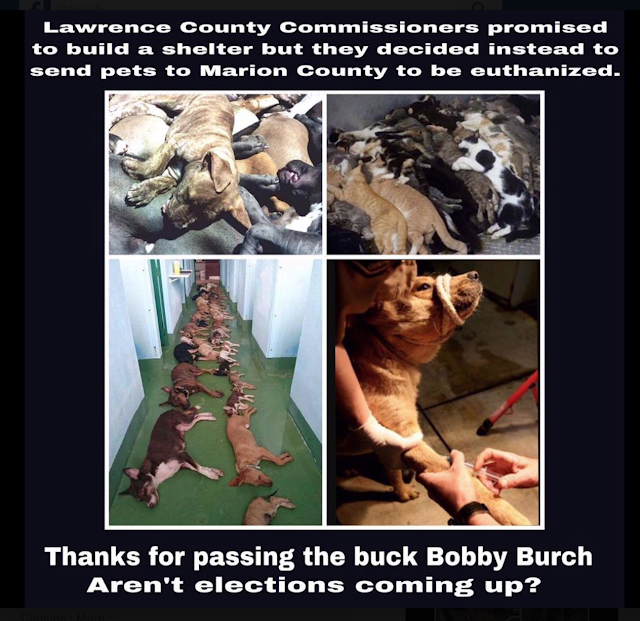 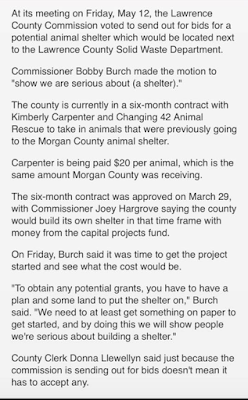 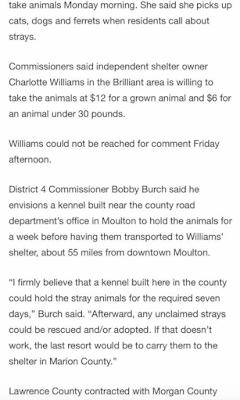 Lawrence County, Alabama rescuers and animal lovers are begging for help. According to locals, the stray and other animals at risk are being euthanized in mass quantities.

Lawrence County commissioner Bobby Burch 'made the motion to show we are serious about (a shelter)' in May of this year.

The county is currently in a six-month contract with Kimberly Carpenter and Changing 42 Animal Rescue to take in animals previously going to the Morgan County animal shelter.

"All the drama that happened in Lawrence County was for NOTHING! Nothing was resolved, nothing solved. Nothing improved. In fact it's worse. And now....here we go again!"

Carpenter is paid $20 per animal, the same amount Morgan County was receiving.
"are you going to allow your tax dollars to be spent shipping dogs 55 miles away to be euthanized for 12.00?"

The six-month contract was approved on March 29, with Commissioner Joey Hargrove saying the county would build its own shelter in that time from with money from the capital projects fund.

"Now he is wanting to send Lawrence County animals to Marion County where they will pay 12.00 per dog, 6.00 for smalls and just euthanize them."

These local animal rescuers and advocates are begging locals to call and publicize the plan to ship the local Lawrence County animals to Marian Count only to be euthanized.

"this is UNACCEPTABLE and we, as rescuers, are sick and tired of cleaning up after this sickening man. They need to man up and build a damn shelter and stop this contract crap. And this county needs to be audited."

"Elections are coming up next year. If the commissioners want to play, let's make them pay. Vote them OUT!?" 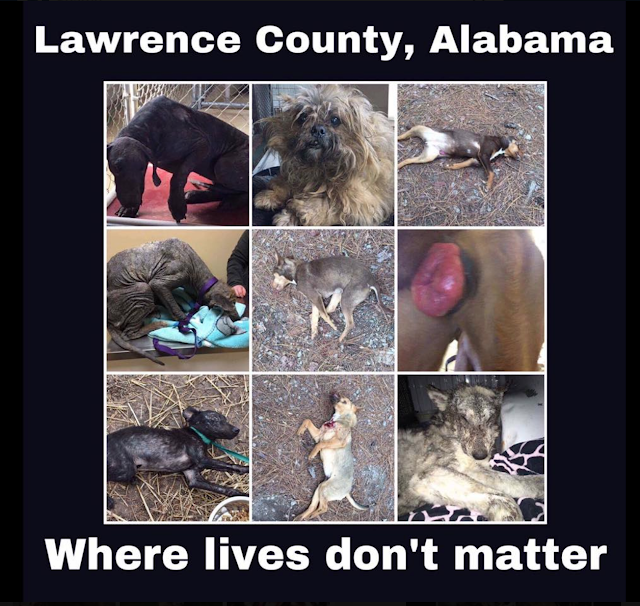 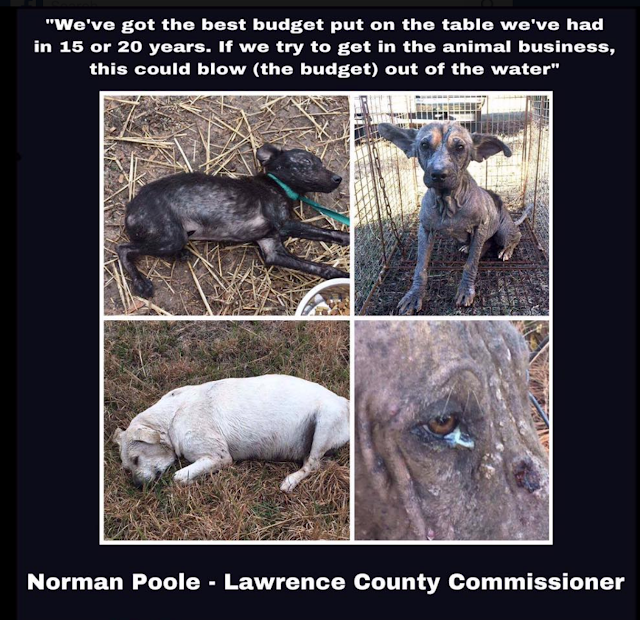 Posted by Pit Bulls and Other Animals at 6:50 AM 4 comments: