When Ivanka isn't posing for photo ops with her daddy or jet setting around the country, she is guilty of some of the most horrific animal abuse we've ever encountered.

What most Americans do not realize is the lovely soft-spoken president's daughter, wife and mother runs a company that skins rabbits, many while still alive, to make hats.

The Ivanka Trump company "sells hats with pompoms made of fur from rabbits killed in China received a letter from PETA revealing that rabbits live in urine-encrusted cages before they are hit, hung up and skinned – sometimes while still alive."

PETA and other animal rights groups have begged Trump for years to stop this cruel practice, but their pleadings have fallen on deaf ears.

The Chinese fur farms used by Ivanka Trump's company have been investigated for cruelty. "Every single fur farm that PETA Asia has visited in China has been exceptionally cruel: A previous investigation in China revealed that rabbits were shocked with electrical devices, causing them to scream in pain. Investigators have also witnessed foxes being electrocuted, dogs bludgeoned to death, and raccoon dogs skinned alive. Selling fur from China – where there are no penalties for abusing animals on fur farms – means supporting the worst kind of unabated cruelty to animals." 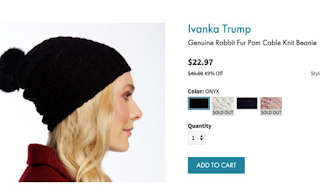 Ms. Trump often peddles her daughter, Arabella, into state meetings to recite and sing songs in Chinese. It appears the Trump presidency has been quite lucrative for the beanie business.

The Trump family's White House presence has enabled Ivanka Trump to secure priceless Chinese trademarks to promote her business. How many millions has Ivanka Trump made from these Chinese business deals?

Not only are animals being cruelly abused, but outcry over low pay and long hours have dogged Ivanka Trump industries. The Washington Post reports, "workers at a factory in China used by the company that makes clothing for Ivanka Trump’s fashion line and other brands worked nearly 60 hours a week to earn wages of little more than $62 a week, according to a factory audit."

According to the House Rabbit Society "the 2012 American Pet Products Association (APPA) Pet Owners Survey, 2.5 million households now live with rabbits, who remain the favorite pet of the “small animals,” and, because they are often spayed and neutered, live as multiples in many homes. They also count 18 million small animals living in American homes, with rabbits being the most popular of those. That same year, the AVMA did their survey again, but found only 1.2%  of American households (or 1.2 million American households) living with about 3 million rabbits."

People love rabbits, the longtime subject of literature and art like the fictional character Peter Rabbit and the beloved movie, Harvey.

A petition has been created to raise awareness of Ivanka Trump's companies' animal abuse. Do you approve of an animal abuser of this magnitude representing fellow Americans in the White House?

Posted by Pit Bulls and Other Animals at 7:53 AM No comments: 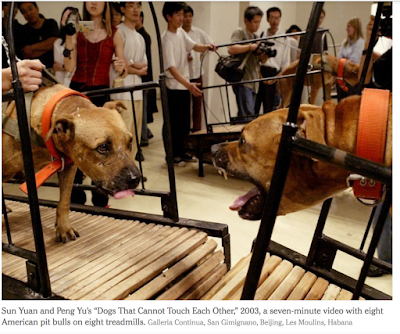 You might call it art, but as a pit bull rescuer and animal activist, I call it cruelty. Featured in the 'Art and China after 1989: Theater of the World' exhibit at New York's Solomon Guggenheim Museum is a purely awful videotape of 8 tortured American Pit Bull Terriers facing each other and forced to run on antiquated treadmills to the point of exhaustion. 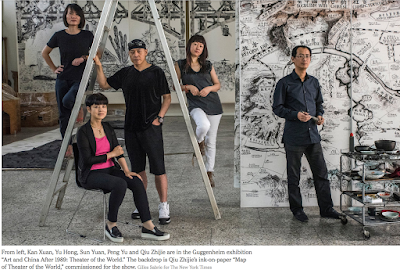 The 'artists' Peng Yu and Sun Yuan, known as 'the bad couple of China's art,' are featured in a New York Times article which refers to "the couple’s work at the Guggenheim is one of their less radical pieces. "

"The seven-minute video shows four pairs of American pit bulls tethered to eight wooden treadmills. The camera closes in on the animals as they face each other, running at high speed.

The dogs are prevented from touching one another, a frustrating experience for animals trained to fight. The dogs get wearier and wearier, their muscles more and more prominent, and their mouths increasingly salivate"

You call this cruelty art? And host it here in the United States with a complimentary New York Times piece?

What will be featured in the next 'art' exhibit? Skinning live dogs and boiling them for the citizens of Yulin to munch on? I mean, really. Where does entertainment stop and art begin? What happened to good old-fashioned paintings of dogs playing poker?

Chairman Mao had the right idea with the cultural revolution. These two 'artists' should be harvesting rice and not promoting animal cruelty. To clarify, "In 1958, after China's first Five-Year Plan, Mao called for "grassroots socialism" in order to accelerate his plans for turning China into a modern industrialized state. In this spirit, Mao launched the Great Leap Forward, established People's Communes in the countryside, and began the mass mobilization of the people into collectives. Many communities were assigned production of a single commodity—steel. Mao vowed to increase agricultural production to twice 1957 levels." 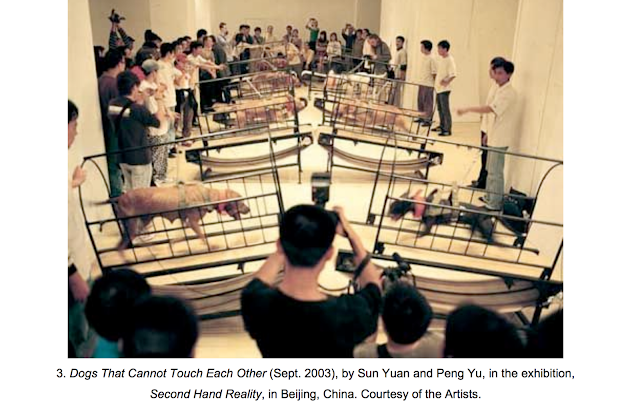 If this is art, then you can have it.

Posted by Pit Bulls and Other Animals at 6:42 AM 72 comments:

Spring Fults operates Country Love Bullies in Conroe, Texas. She has been rescuing pit bulls for over 9 years. Their facility was hit hard by Hurricane Harvey, but after their rescue made it through the storm, she felt the need to help others in distress from the most horrible hurricane the people and animals in these parts had ever experienced.

She set out for Beaumont with supplies and her own stock including 30 crates, the very crates that had provided shelter for the Country Love Bullies when she brought all of the animals inside her home to keep them safe.

For a week, Spring and other first responders worked around the clock barely eating and sleeping in the makeshift set up in a hotel parking lot. They rescued pit bulls and cats, horses and other livestock. Everyone worked together to save as many lives as they could. Spring left 1/2 her kennels set up at the Ford Center and would trade out empty kennels for the full crates of saved companion pets they'd bring in on each run....
.....and there were a lot of runs.

This all came to a screeching halt Saturday, September 2 when the Houston SPCA took over the operation and shut Spring and other hard-working devoted saviors out of the building. When Spring asked about the animals they'd saved and if she could have her crates back, she was told to 'get out' and accused of 'causing a scene.' Bitter Houston SPCA employees told her, 'she was not helping.'

You can say a lot about someone, but when they've gone without sleep and nourishment, not to mention a hot shower, in order to save animals' lives, this was cruel punishment. If this how the Houston SPCA treats human beings who are trying to help, the rumors of killing pit bulls and other animals are not hard to believe.

No name pittie will die at Houston SPCA is a Facebook page created in 2012 to raise awareness of the Houston SPCA's mass killings of all pit bulls. The Houston Mayor's task force discovered some horrifying figures in 2005 before the Houston SPCA began secreting their impound and euthanasia

The rumors began to circulate among the volunteers who began posting items on Facebook and social media. Pit bulls disappeared. The same dogs who these volunteers had risked their lives to save were now gone and replaced with pandemonium amidst banning anyone who dared to ask questions.

Live on Country Love Bullies Facebook page are videos documenting the goings on at the Ford Center under the armed direction of Houston SPCA a.k.a. Houston Animal Cops, the name of their long running Animal Planet TV show.

Spring documented her return to the Ford Center in this video:

and followed up with another video to try and make sense of the takeover by the Houston SPCA at the Ford Center:

Pit Bulls and Other Animals has reached out to Safe K9 Transports and Guardians of Rescue who were at the Ford Center during the takeover by Houston SPCA in hopes of answering questions about the missing pit bulls who disappeared Saturday, September 2. Neither group has responded with a statement.

Spring, whose group is under jurisdiction of Houston SPCA, felt the need to speak out as a pit bull lover and longtime rescuer even if "the Houston SPCA wants to try and shut down my rescue in retaliation. They need to be stopped!"

Photos below were taken by Spring and published on the Country Love Bullies Facebook page: 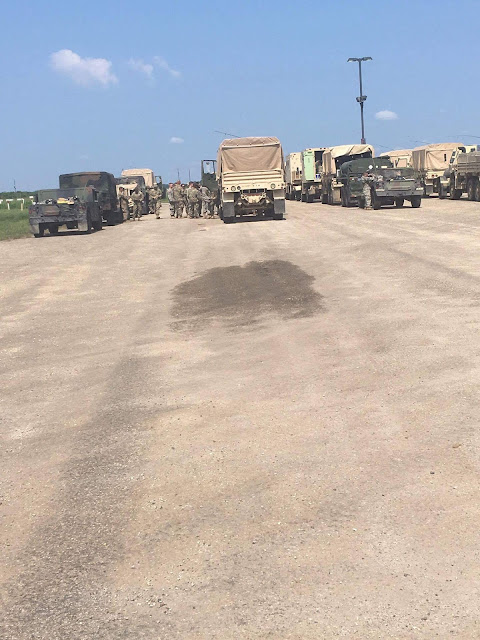 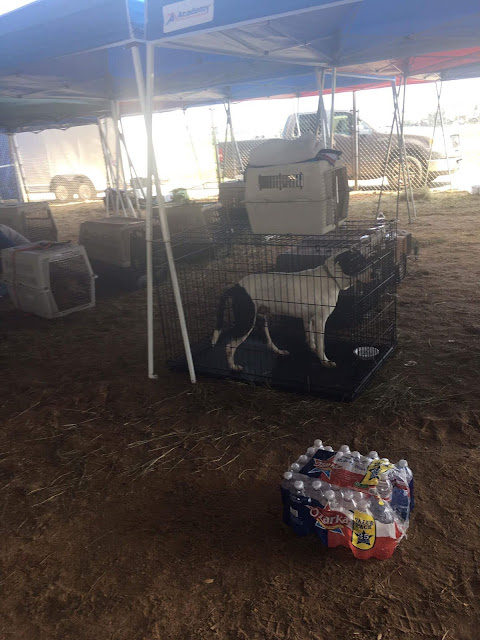 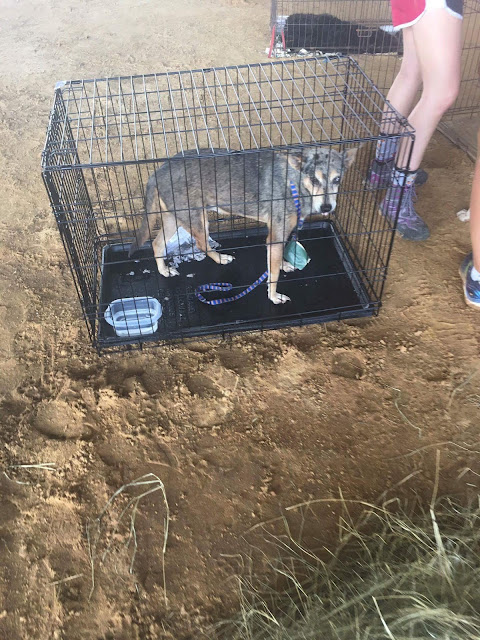 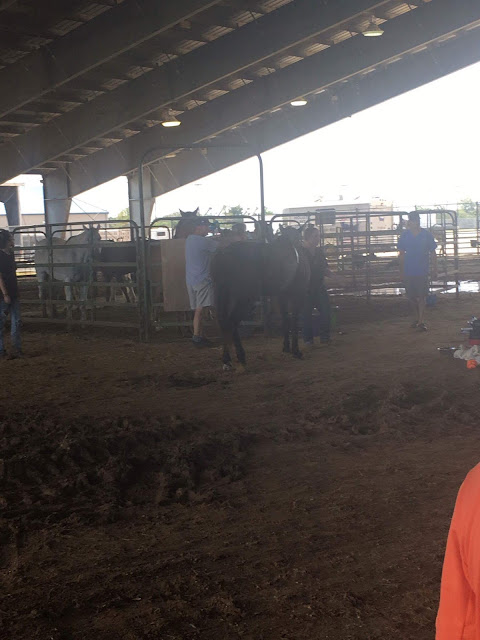 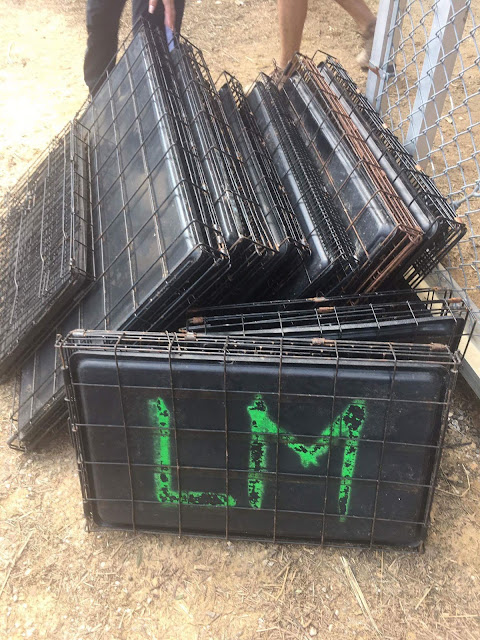 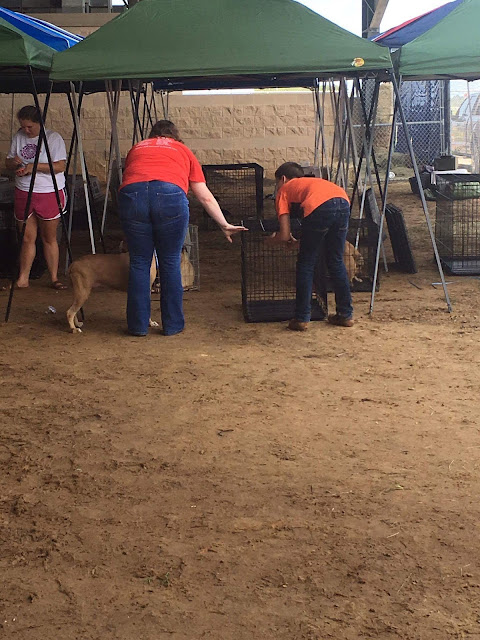 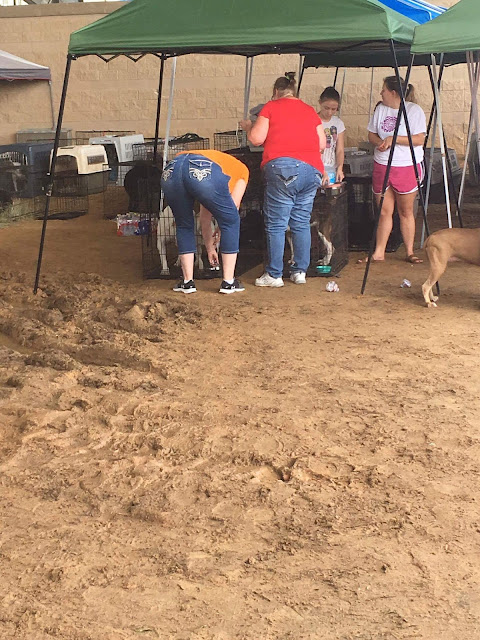 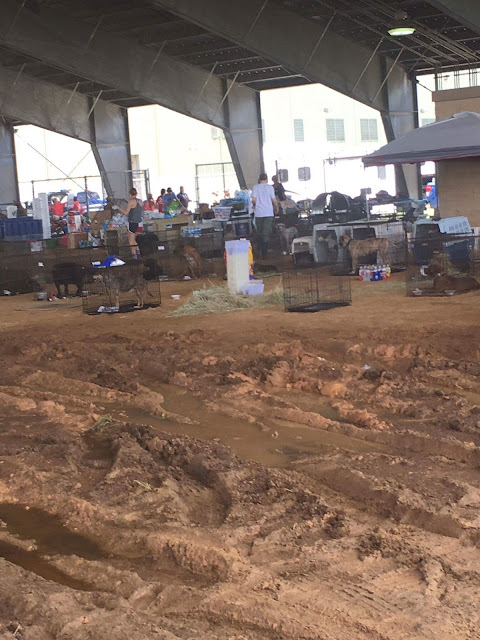 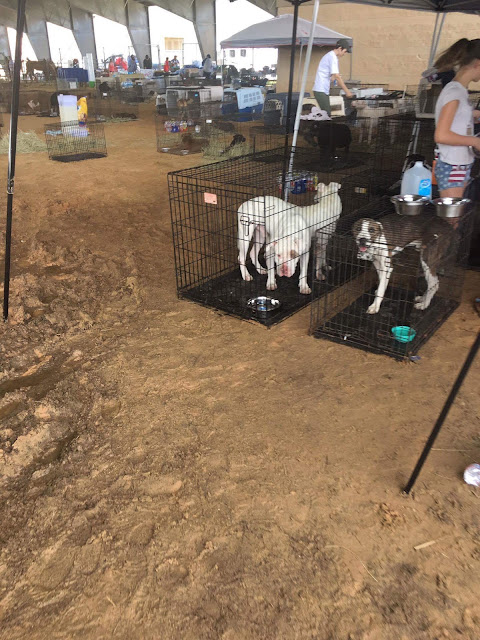 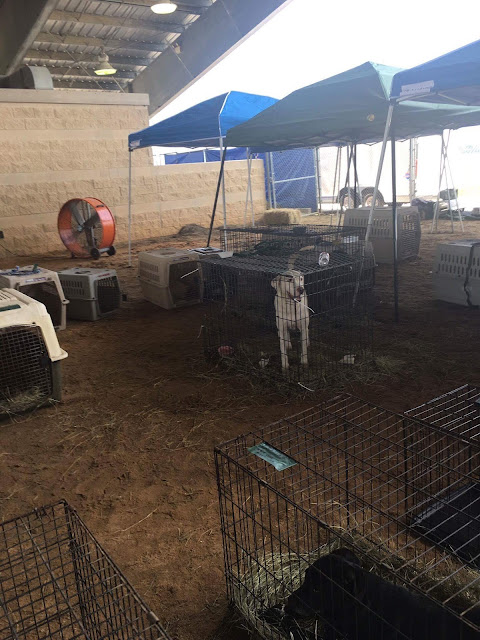 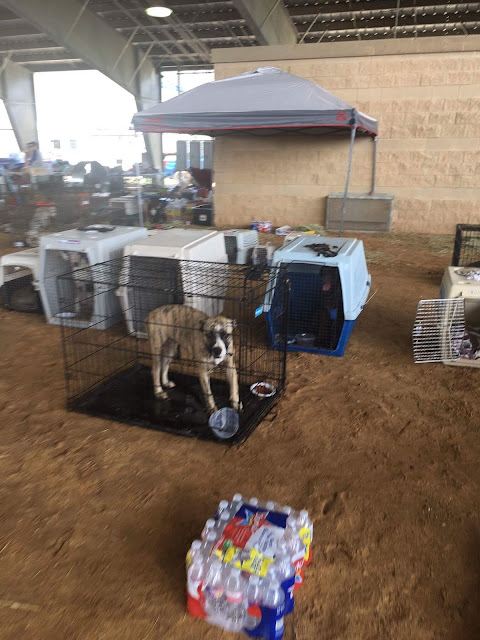 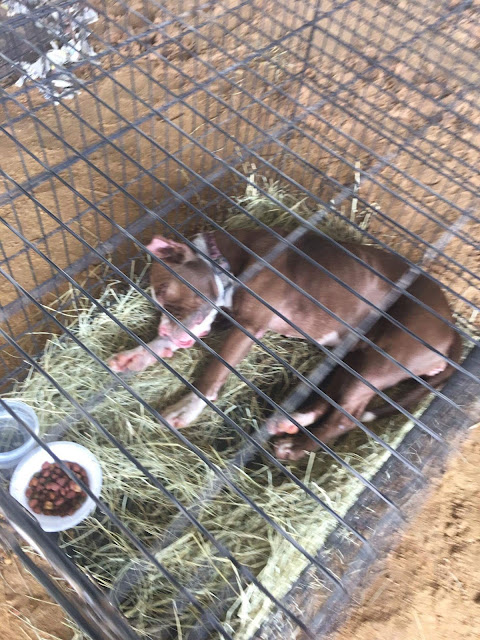 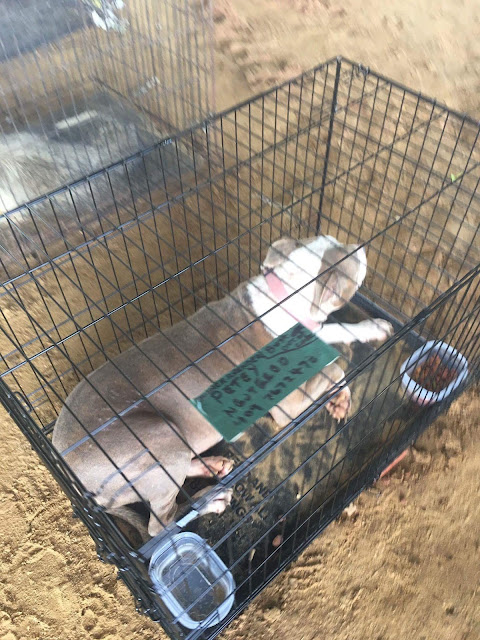 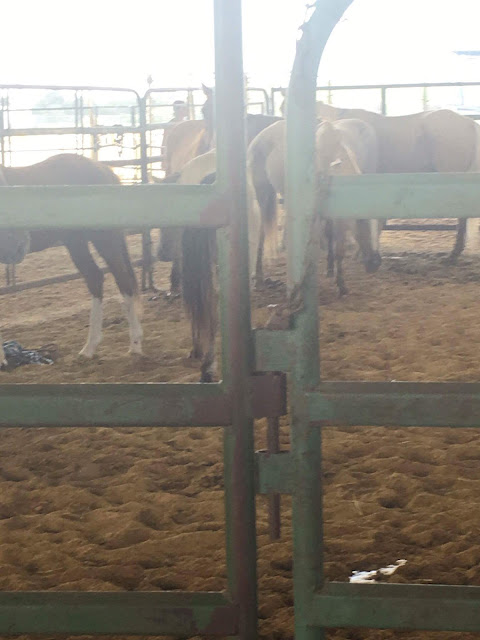 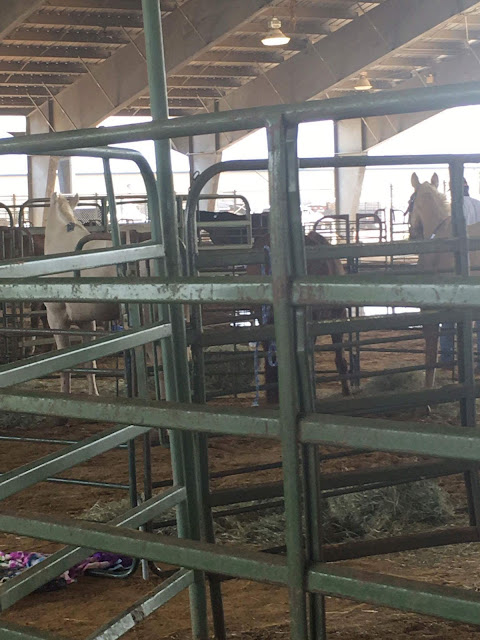 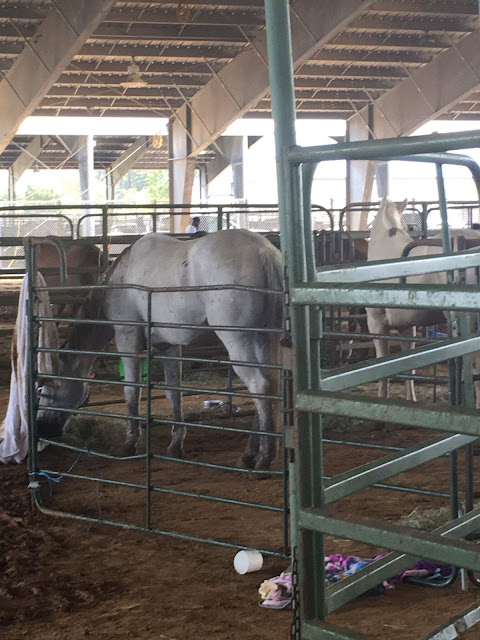 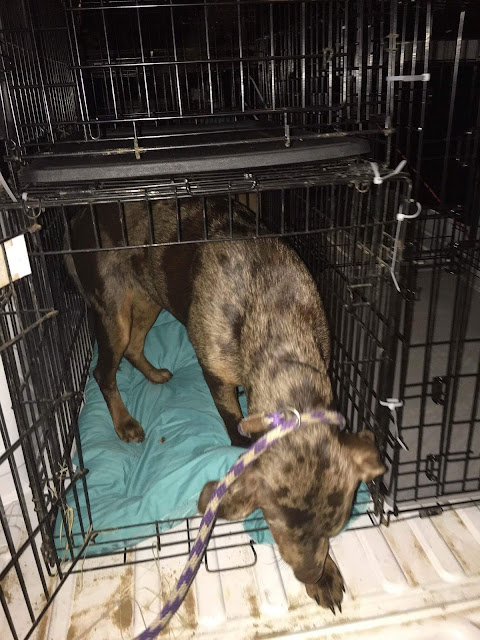 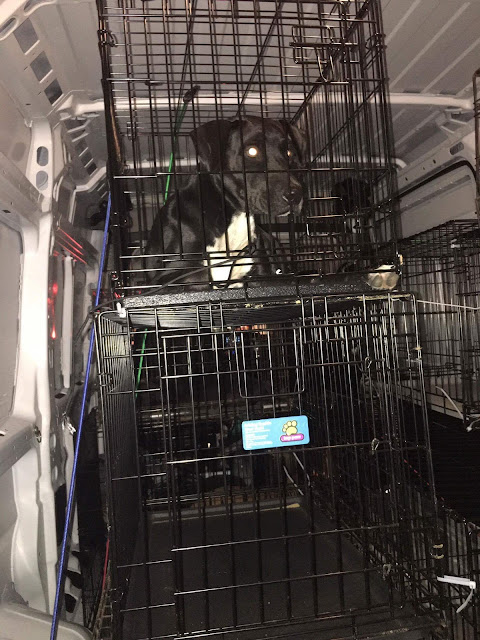 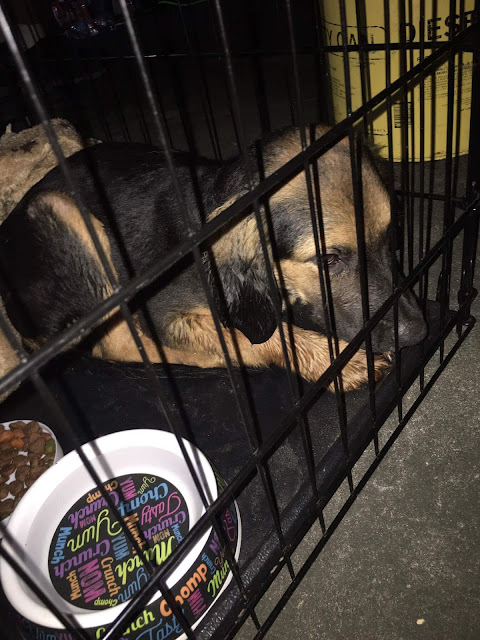 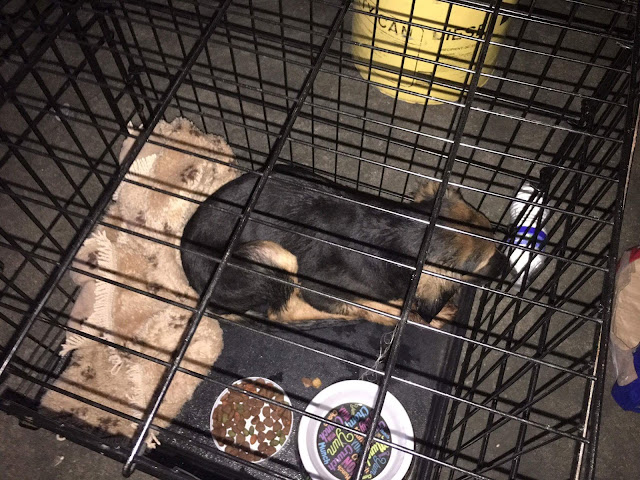 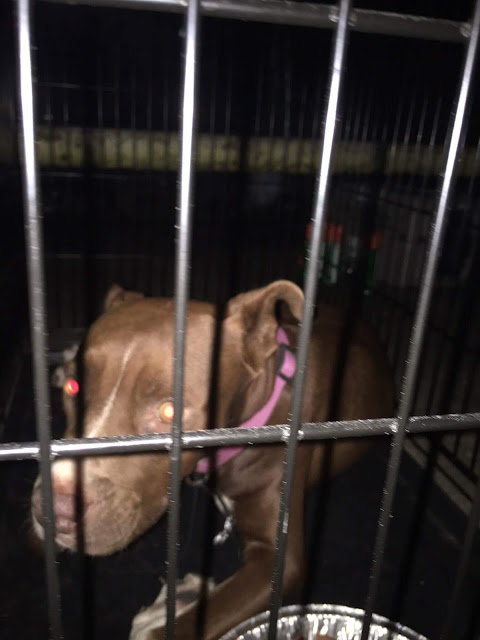 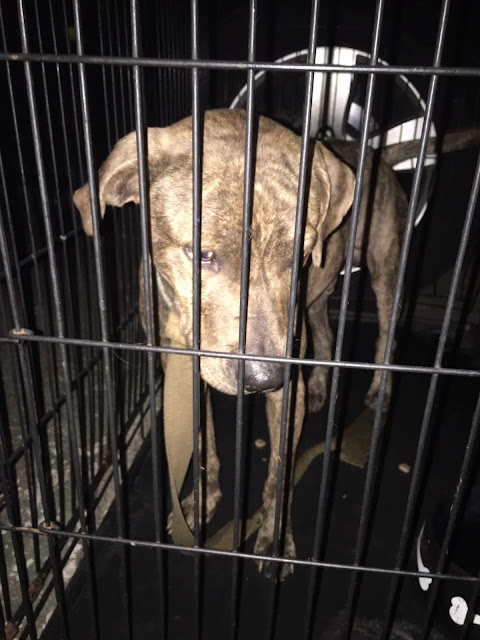 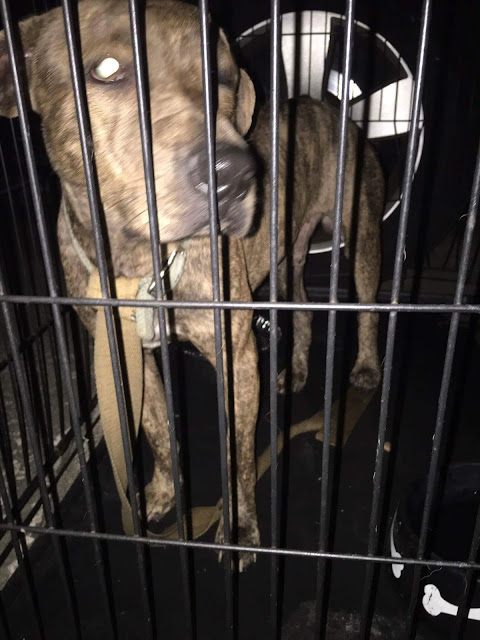 Posted by Pit Bulls and Other Animals at 1:23 PM 1 comment: