A petition has been created objecting to H & M Department store's dogfighting hoodie. 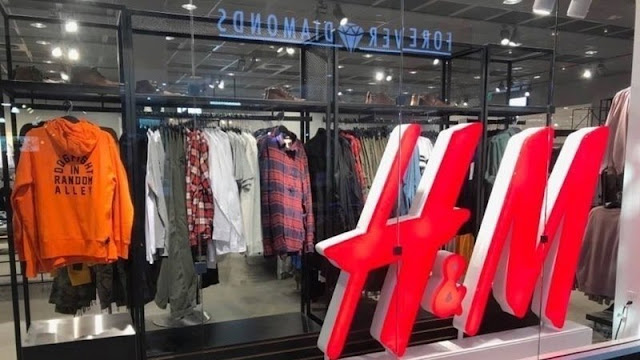 According to the petition, "dogfighting is one of the most heinous activities that takes place in our society. It forces what is truly our "best friend" to battle to the death for the "entertainment" of humans, and is not only illegal, but an act of brutality against the humanity of the dogs as well as anyone with a conscience."

The photo was taken at the H&M store at Sugarloaf Mills in Duluth, GA. The hoodie displays the wording "Dogfight in Random Alley" in their window. The petition is beseeching animal lovers to object by signing and sharing this petition.

"Most people view such a bold placement to be a statement of what they find acceptable to their patrons, and the culture and mentality of the store's board of directors and investors. We need to let them know that it is not only UNACCEPTABLE, but that we will not walk through their doors with such an article in that store for sale."

"We also need to look at the big picture here. This is not about just one item for sale. This is about a mindset that sees something like this as acceptable. Innocent dogs lose their lives on a regular basis because of people that deem this acceptable."

Citing boycott as a way to empower messaging,  the petition has been released during the holiday season to raise awareness. "We vote with our dollars friends. The busiest shopping season is upon us. Let H&M feel our outrage by our unwillingness to shop in ANY of their stores nationwide.

As a group, we demand that H&M remove these hoodies from their inventory world wide, destroy them, make a pubic apology, and put their money where their mouth is by contributing a LARGE amount of money to a verifiable Anti-Dogfighting Campaign in the United States."

Posted by Pit Bulls and Other Animals at 7:15 AM